The Real Reason Behind Collection Problems

Despite the placards at your front desk or financial arrangement forms patients sign, you still have patients who “forgot their checkbook” or who demand that you “bill them.” Can you imagine telling the cashier at your supermarket to “bill you” for your groceries? Or telling the gas station attendant, “Oops, sorry, forgot my wallet!” This simply does not happen. Why, then, does it happen in your office?

Failure to keep financial arrangements is obviously a contributing factor to collection issues and some offices experience this problem more than others. However, getting people to stick to a financial agreement is not what this article is about. It is also not the primary factor behind low office collections, or profitability. There is another more pressing issue that affects office collections, profitability and most importantly your patient’s health: treatment acceptance.

Let’s take this a step further. Let’s say comprehensive treatment plan acceptance, including actually getting paid for the treatment. This is, in truth, your biggest source of lost practice income. For example:

Dr. Smith presents a case to Mr. Jones. Mr. Jones needs two root canals, two build-ups and crowns and two three-unit bridges. Let’s say Dr. Smith charges $700 for each unit of endo and an average of $800 for a unit of crown and bridge. The treatment plan would look like this:

Dr. Smith presents his estimate, but Mr. Jones only wants to do the root canals now (after all, insurance pays 80%). After Dr. Smith shows him that doing the root canals without the crowns would not be a viable option, Mr. Jones begrudgingly agrees to do the crowns and build-ups as well. He weakly “agrees” to do the remainder of the treatment (bridges) in the next year, or the year after – he’ll talk about it “some other time.” Dr. Smith, not wanting to bother Mr. Jones too much and thinking that “the customer is always right,” agrees with his patient.

Most dentists would consider that Mr. Jones accepted the full treatment plan in the scenario above. In truth, he has not. What he has agreed to is to do a portion of it. Whether he will do the rest remains to be seen. Dr. Smith presented the entire treatment plan to Mr. Jones and suggested that he get it done now. He reasons that if this was his own mouth, he would do it all right now. He explains that opposing teeth will super-erupt, etc. Then after all of this, he agrees with Mr. Jones about putting the additional treatment on “hold.”

Take a closer look: You are talking to a patient about a treatment plan and telling them that it is important to do it all now. And, truthfully it is. The patient balks and “only wants to do what insurance pays” or says “it costs a lot of money” or something of the sort. You don’t know how to “handle” this objection. So (usually against better judgment), you reverse your position about doing it all now and agree to put a portion of the treatment plan on “hold”. What are you in effect saying to the patient about that portion of the treatment plan that is now on “hold”? That it’s not that important. Don’t be surprised if the patient begins to wonder, “How important is the treatment that I did agree to do now?”

Back to our treatment plan above, Mr. Jones has agreed to do the root canals, build-ups and crowns. He has about $1,500 in insurance coverage and a $50 deductible. This would look like this:

Depending on how Dr. Smith does financial arrangements, Mr. Jones might pay nothing down, 50% down, finance his balance or whatever. Or he may come in, get his work done and give you those famous four words, “I forgot my checkbook.”

The difference in price for the treatment Mr. Jones accepted versus his full treatment plan is $4,800. Had Mr. Jones accepted this it would have been $4,800 added to monthly collections and a more dentally sound patient. In truth, that is $4,800 in lost income for Dr. Smith’s practice, and Mr. Jones did not receive the needed care.

It is not a bad exercise to sit down and add up how much in treatment was not accepted in a given week or month in your practice. Simply take all of the needed treatment you diagnosed in the last month and add it up. Now, subtract the amount of treatment that was actually accepted and done during that same period. The difference is what could have been produced/collected (without working much harder or longer for that matter) that was not. There’s your profit!

To take the focus off of the money for a minute, as that is not the most important issue, think of this: Would Mr. Jones have been healthier if he had done the full plan? Yes. And what patients are your best referral sources? Usually the ones that did a full treatment plan. Why? They go to work and show their friends, and they are happy that all of the work is done. Lastly, what do you enjoy more – patching a patient up or doing all of the work that is needed so only checkup appointments are required? The net result of Mr. Jones’ failure to do the treatment plan is a less healthy mouth for him and, for Dr. Smith, less profit, fewer referrals, a less healthy patient and little fulfillment.

So what was the problem here? Is Mr. Jones’ “dental IQ” low? Does Mr. Jones not care about himself as much as Dr. Smith does? Can Mr. Jones really not afford it? Maybe. But the problem also is that Mr. Jones is not sold on the necessity of the treatment.

Perhaps reading that last four-letter word, “sold,” turned you off. After all, you don’t sell anything. You’re a doctor, right? Well, I hate to break this to you, but you are also a sales person. Selling is simply effectively communicating with a person in such a way as to get them to agree to a service or item that is going to help him or her. Selling is about helping people. There is nothing wrong with that.

So, why is the issue of selling a problem in dentistry? First, because many sales techniques taught in this country are unworkable, or cause you to stray so far from being yourself that you are uncomfortable using them. Second, most dentists never learned the technology of how to sell or communicate effectively.

I did pretty well my first 10 years in practice (1981-1991). I was collecting about $40,000 a month in a small rural community. To give you an idea of the cost of living, my crown fee, which was average for the community was in the $400 range, and the largest house in the county sold for $150,000. My practice was located in a strip mall next to a supermarket. I was getting about 25 to 30 new patients a month. Like many of my colleagues, I spent tens of thousands of dollars on consultants to teach me how to have a great staff meeting, fix my appointment book and get a better collection percentage.

Then, at the end of 1991, the supermarket moved out of the strip mall. My new patients crashed to fewer than 10, and my collections hit about $30,000 a month – my collections were barely covering my overhead. Up to that point I had used six different management companies in 11 years, and each of them agreed that the staff should handle the “financial discussion.” So that’s how we did it in my office. I did not want to do it anyway; it made me uncomfortable.

Then in 1992 I became a client with MGE: Management Experts, Inc. (in 1994 I became a partner). I started with the MGE New Patient Workshop, which taught me the technology of how to develop an effective marketing strategy. From there I did the MGE Sales and Communication Seminars from which I learned a technology of communication and sales that was natural, easy, truthful and actually worked!

I went home and starting presenting treatment plans effectively. In short order, two things happened that simply blew me away: 1. Production and collections shortly hit $54,000 a month and were soon over $65,000, and 2. New patients jumped to over 30, before my marketing even went out! It was all referral. My increased selling had brought my new patients back up. Once the marketing kicked in that I learned from the MGE New Patient Workshop the new patients jumped to about 70 a month. And this was with no managed care (PPOs, HMOs) of any kind.

My patients were getting the optimum care they needed, and I felt that I was in control of my practice, destiny and financial future again. From this I learned that the only safe and secure conclusion to make is that if you aren’t doing the selling, then start! And if you can’t do it, then learn how. It’s easier than learning how to cut a crown prep!

IV. Getting Down to Basics

It’s time for us as a profession to address this issue head on. This is a business basic: You can’t deliver more goods or services than you can sell. Marketing and promotion give you people to sell to. One could then conclude that the amount of services you deliver will be determined by how much you sell, which, in turn, determines your income.

Take any business as an example, whether it is a furniture store, large corporation or health club. If that business cannot sell its goods or services, it will not survive, or will have financial trouble to say the least.

I’ve met so many dentists with incredible clinical skills. They have trained with the best and can really deliver high-quality dentistry. The problem is that the ability to sell dentistry is what will determine the volume and quality of delivery of dentistry. If you can’t sell it, you won’t deliver it. End of story.

Dr. Greg Winteregg provides this general dental practice management advice to furnish you with suggestions of actions that have been shown to have potential to help you improve your practice. Neither MGE nor Dr. Winteregg may be held liable for adverse actions resulting from your implementation of these suggestions, which are provided only as examples of topics covered by the MGE program.

One Response to “The Real Reason Behind Collection Problems” 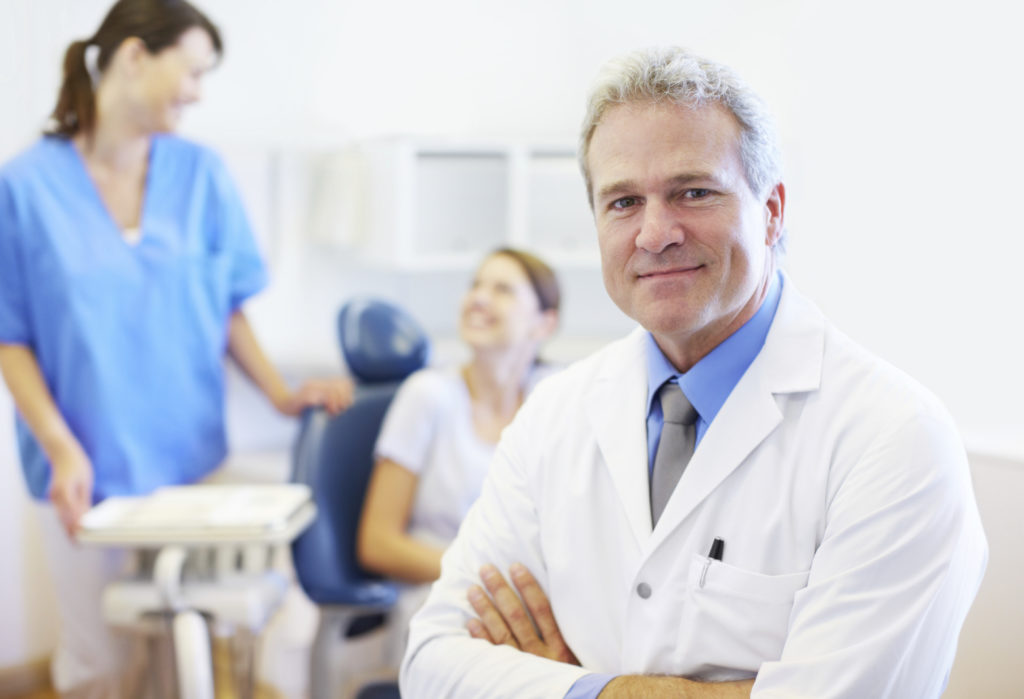 How Much Should a General Dentist Produce Per Day?

by Chris Menkhaus on January 29th, 2020 in Overhead and Profitability Practice Management Scheduling

Have you wondered if you’re reaching your potential for personal production? Are... 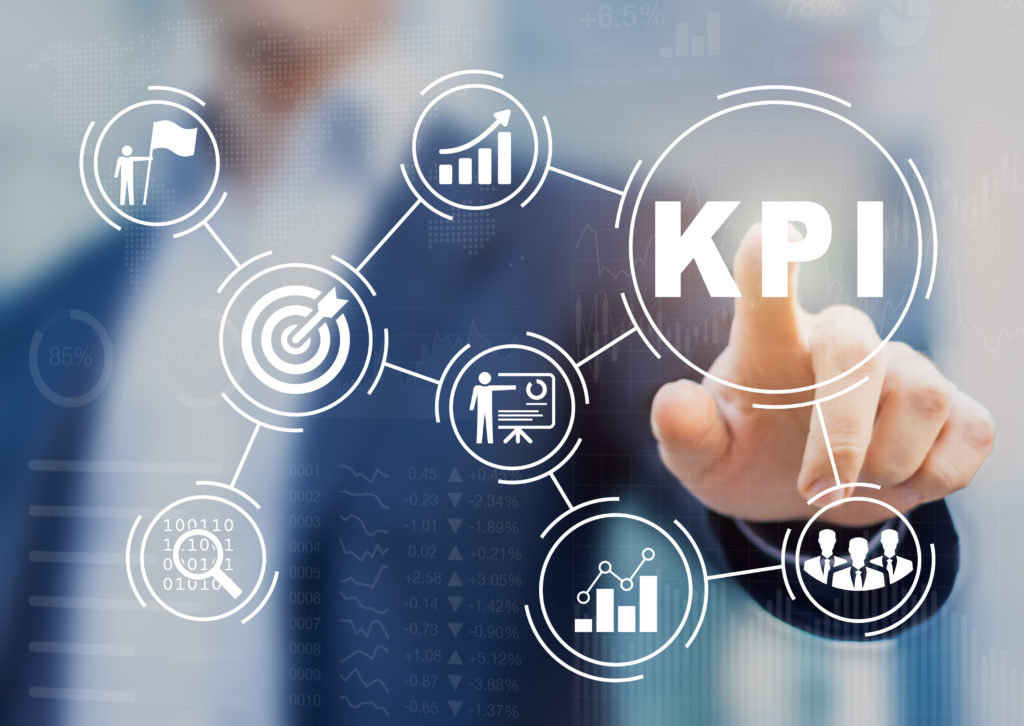 Key Performance Indicators (or “KPIs”) are a hot topic right now, and...