Up until I became an MGE client originally in 1992, I had my share of cancellations and no-shows or “failed” appointments. And probably just like you, I often wondered what was really behind them.

My frustration level on the subject would vary depending on the amount of time that was left open – one missed hygiene exam did not produce the same degree of frustration as my whole morning canceling. Overall I would say that between my two hygienists and me, our cancellation rate was maybe 10%, possibly 15% on a bad day. So, while this was not the biggest issue in my practice it still produced its share of headaches.

(Related: The Real Solution to Cancellations and No-Shows)

Sure there are some valid reasons for a patient to cancel. Things happen. More often than not some of these excuses are just that – excuses when the patient could have shown up. Worse is the “failed” appointment, which beyond very extenuating circumstances there is no excuse for – the patient could at least call, right?

This begs the questions: What is the real reason behind the lion’s share of cancellations and no-shows? Is it “not reminding people enough?” Maybe the people in your area just have a “low dental IQ” and don’t really care about their mouth? Neither of these are really correct.

I found the actual reason behind most cancellations when I started the MGE Program, and it was not even close to what I thought it was. I remember showing up for my New Patient Workshop and asking my future partner, Luis Colon, about this. His response shocked me. He pointed out that the reason a patient would not show up for an appointment is that they are not SOLD and CLOSED on coming in for it.

The reason a patient wouldn't show up for an appointment is that they are not SOLD and CLOSED on coming in for it.Click To Tweet

The very word “closed” carries with it the idea that whatever you are talking about is DONE. A “Case-Closed” case is over, you close on your house you own it now – the sale is done.
In sales, “closing” is the final part of the sale. “Closed” means the sale is finalized and PAYMENT is received or agreed to.

Generally when you “sign-up” for something and finish the paperwork – you do it! If you are “closing” a patient by just setting an appointment time and telling them to come without confronting any of the financial details of their appointment (especially with major work), they are not CLOSED.

Now, you probably noticed a few paragraphs ago that I used the word “sales” which carries quite a stigma with it at times. But actually, selling does not mean doing anything unethical or practicing some kind of weird mind-game full of lies. It DOES mean knowing how to communicate with a patient so they really understand what they need and do it. We as dentists have to get over this aversion to “selling.” It is part of running a business. Services have to be sold and delivered or the business goes broke.

Very few people make an appointment with no intention of keeping it. They just have a few doubts in their mind that, for whatever reason, they don’t mention during the consultation. Such as: “How much is this going to hurt?” “Does this mean I’m going to get a shot?” “Will the temporaries fall out and embarrass me?” etc.

If these questions don’t get answered, the patient won’t show up for their appointment. But if they aren’t asking these critical questions, how do you get them to bring up these issues? Get them to confront the finances and finalize their treatment plan and they will tell you their concerns. Now you have a chance to handle their considerations in advance.

Sometimes you’ll find that no matter what you say there is nothing you can do to get them to agree to the treatment. However, if you can get them to share their concerns you can get in communication with them and really help them.

Once I learned how to handle the “sales” aspect of my practice, by doing the MGE Communication and Sales Seminars, my cancellations and no-shows went to under 2%. And my word-of-mouth referrals went from five or ten per month to forty or fifty. That sounds strange until you realize that my patients were happy when I started getting them to understand why treatment was needed and insisted that they get the full treatment they needed.

The main point here is that you care about the patient and you want them to get what they really need. Therefore, you must confront the financial aspects of treatment so they will tell you their real concerns and give you a chance to handle them. Otherwise, you make the appointment and cross your fingers.

So, Doctor, the next time you have a broken appointment and you ask your staff “Did we confirm them?” also ask, “Were they closed on doing the treatment?” That is something you can control and take complete responsibility for. Cancellations and no-shows are rarely an administrative issue. They are a sales issue.

Dr. Greg Winteregg provides this general dental practice management advice to furnish you with suggestions of actions that have been shown to have potential to help you improve your practice. Neither MGE nor Dr. Winteregg may be held liable for adverse actions resulting from your implementation of these suggestions, which are provided only as examples of topics covered by the MGE program. 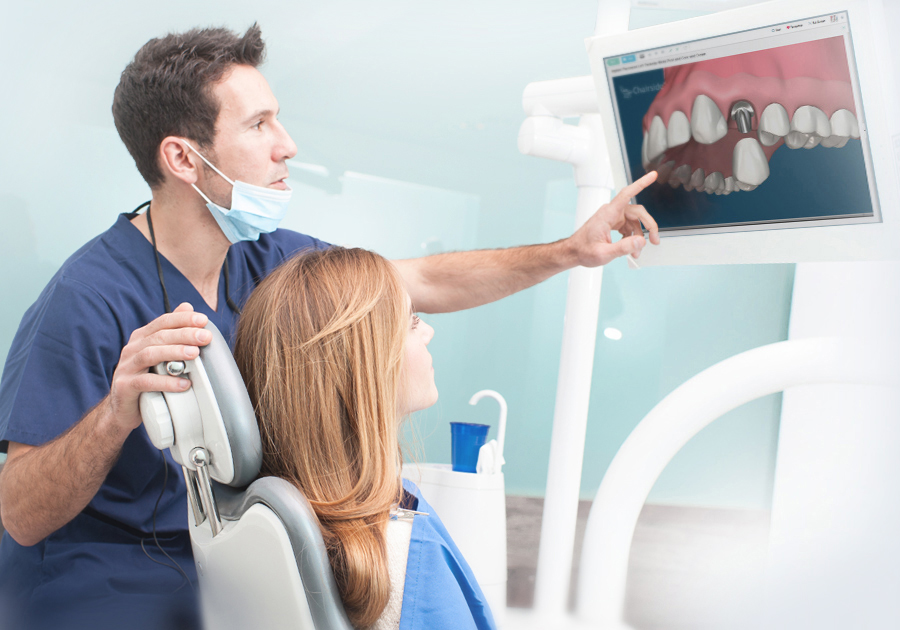 How to Track Your True Case Acceptance Rate

by Jeff Santone on September 1st, 2021 in Case Acceptance

Do you know what your case acceptance rate (percentage) is? And if...

by MGE Consulting Department on August 19th, 2020 in Case Acceptance

For this week’s post, we’ve brought in several of our top consultants...