Home / Blog / How to Determine if Your Dental Practice is Underproducing 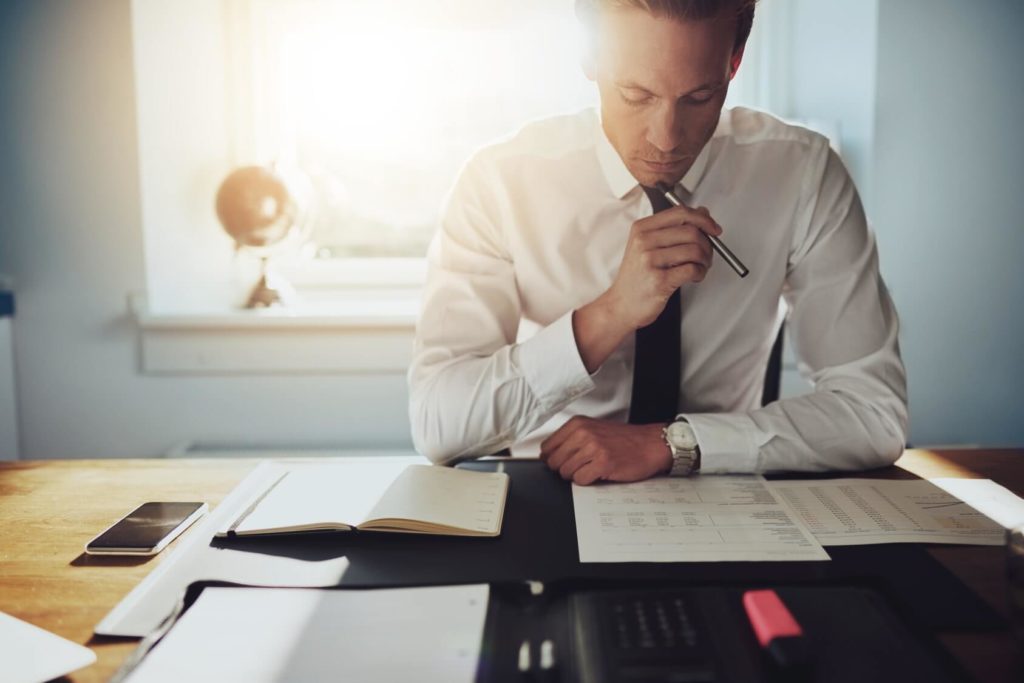 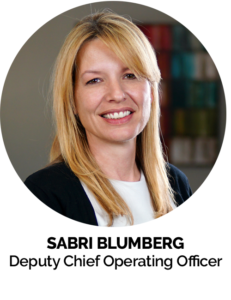 In our magazines, we do a Q & A where I answer your practice management questions. I received this question and thought it would be interesting to go over.

Oh, and before I begin, I wanted to mention that we have a couple of FREE ebooks that have information on these subjects. They are the Comprehensive Case Acceptance Ebook and the Profitable Hygiene Department Ebook. These ebooks are jam packed with information to help on both of these subjects!

With that said, here are the questions and answers:

Q. How can I determine if my practice is underproducing? I feel like we’re not meeting our potential, but I don’t have anything to compare it to.

A. Great question. And believe it or not, you’re actually looking at two different issues here – depending on how you define them. A practice that is underproducing versus one that isn’t meeting potential are not one in the same.

For our purposes, let’s define “underproducing” as: not meeting the level of production necessary to be economically “viable,” (i.e. working or functioning at a sustainable, acceptable level). I’ve seen plenty of economically sound practices that could do more (i.e. have more potential). So, let’s start with the first part of the question – how do you know if you are underproducing? While there are a number of formulas for this, let’s use a simple one – your payroll as a percentage of overall collections.

(Related: Is Your Dental Practice Overhead too High?)

Let’s look at an example:

In our example above, there’s a good chance that – despite underproducing – this doctor is still paying their bills. Profit on the other hand is probably terrible. And that makes sense because who would see most of this $41,000 a month or $492,000 a year that this office should be producing? Yes, you guessed it – the doctor.

(Related: Want to High Your Production Goals… Every Month?)

Now let’s take the other angle of this question:

How would you know if your office is not meeting its potential? Sure, you might be doing OK, but you know you could be doing more.

To keep things simple – let’s have a look at what I consider to be the “top three” potential “killers,” for the average general dentist.

For starters? This office should have been collecting this all along. The increase was simply the result of learning how to effectively present patient’s treatment plans. Prior to doing the seminar, these clients just weren’t converting these treatment plan presentations as well. The patients were always there. The treatment was always there to do.  The difference now is that patients are doing the treatment as opposed to putting it off.

And I can guarantee that well over 90% of dental offices have this problem. Of course, it’s all wrapped in various justifications – i.e. “Insurance companies are the problem,” or “My patients have a low Dental IQ,” or “My patients can’t afford the treatment they need,” and any other “reasons,” we might wish to advance. But bottom line for most doctors – this lack of communication ability and trouble with case acceptance is costing them hundreds of thousands of dollars in lost profit per year, not to mention potentially higher levels of career satisfaction by being able to do the treatment they enjoy doing most.

So, yes – case acceptance or lack thereof is a definite “potential killer.”

For some reason, a poorly organized, underproducing Hygiene Department is ubiquitous in dentistry. It’s difficult to comprehend why. It’s easy to fix and if you were to ask the average American consumer “How many times are you supposed to get a dental checkup every year?” the majority would say “two.” (Of course, this does not account for three and four month recalls – but whatever.) 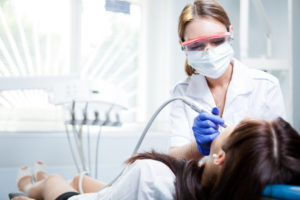 I can’t tell you how many times I’ll see an office with 4000 active charts and three days of hygiene per week (as a point of comparison, a practice with 400 charts should have between 12-16 days of hygiene a week – not including perio treatment (S/RP, etc.) or new patients).

Consider this: your practices’ long-term value, future treatment, new patient referrals, and truthfully what should be 30% of your production rides on your Hygiene Department.

Other than that it’s no big deal.

But again, consider a practice with 3 days of hygiene a week at an average of $1,250 a day (we’ll be conservative here) would be $16,000 a month in hygiene production.  That same practice with 12 days of hygiene a week is seeing $65,000 a month in hygiene production! And that doesn’t take into account the sheer volume of hygiene patients coming (100 +/- a week) in that will need some kind of dental treatment. And add to that a doctor that is halfway decent at treatment presentation.  I think you see the potential here.

And our third Potential Killer?

You might not have an office manager. You might have one that is not well-trained or trained at all. And by trained, I mean trained as an executive. We cover this in the article What Exactly IS an Office Manager (And Why You Absolutely Need One!)

As a doctor, you’re most valuable to both your patients and your business chairside. Well, who’s “minding the store,” or “steering the ship,” while you’re doing that root canal?  You? Nope. A doctor and well-educated OM form a dynamic partnership to manage and create expansion in a dental practice.

Staff problems? Well, that’s what your OM handles. For that matter – who would oversee building your Hygiene Department? Yes, you guessed right again – your OM.

Who trains the new receptionist, so they don’t blow off the potential new patients calling in from your marketing? Yeah… your OM.

I could go on. But I think I’ve made my point.

I’ll end off by noting that in some instances, it’s easy to look at the physical features of your office and see the sheer potential. Maybe you have six chairs and could produce what you’re doing now out of three. Sure, you have more potential. But where are the patients going to come from to fill the chairs and the staff to take care of the patients?

I’ll end off here. But there is so much more I could cover.  If anything, I’ll leave you with this. It’s rare to see someone who doesn’t have the potential to do better. But that’s not enough. Real improvement begins with drive and determination. And if you have those two qualities, we’re here to help. Give us a call today at (800) 640-1140 or fill out this form to set up a phone call.

*Payroll as a percentage of overall collections formula: 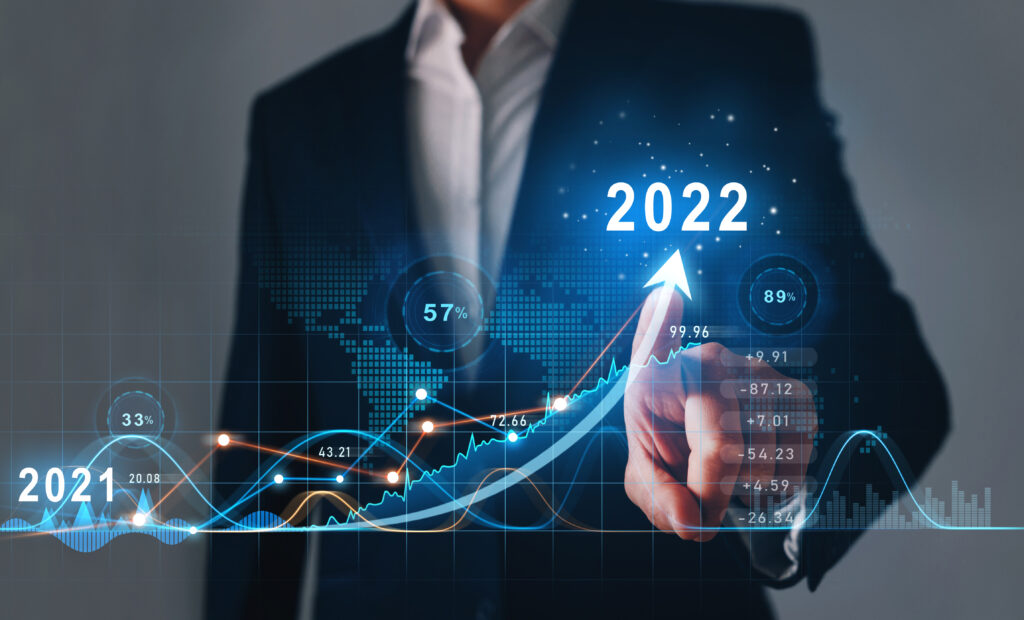 by Mary Bergeron on January 5th, 2022 in Practice Management

If you’re going to drive somewhere in your car, what’s the first...

Staying Profitable While Your Practice Expands

by Chris Menkhaus on December 15th, 2021 in Practice Management

Fill out your email to begin.